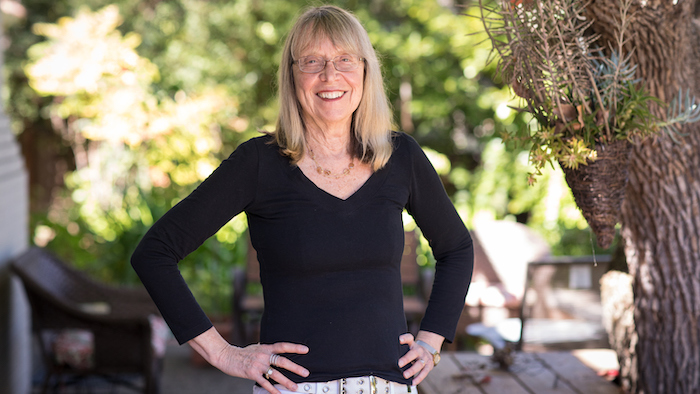 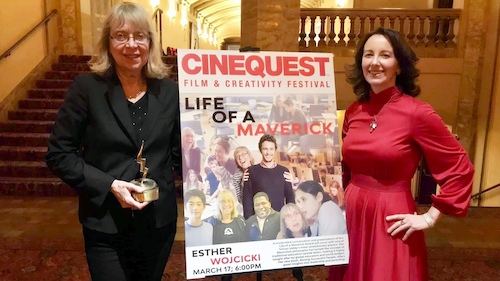 Esther Wojcicki at the California Theatre, San Jose, after receiving the Life of a Maverick Award and being interviewed onstage by Ruth Copland. Photo: Freedom Cheteni

Ruth Copland speaks to the highly creative and inspiring Esther Wojcicki, globally renowned educator, journalist, thought-leader, and author of the new book How to Raise Successful People: Simple Lessons for Radical Results, a book all parents should read, and anyone who cares about how we can help children find success on all levels and on their own terms. Ruth talks to Esther about what gave her the confidence and creative dynamism to challenge the education system; what sparked her passion for education and the arts; how she defines a successful person; whether failure is part of success; what inspired her to write her book; the role of journalism in the age of ‘fake news’; what she hopes her legacy will be, and much more. Ruth Copland speaks to Esther Wojcicki at the famed media arts centre at Palo Alto High School where Esther still teaches.

Known as the godmother of Silicon Valley and ‘Woj’ to her many friends and admirers, Esther Wojcicki is famous for founding the media arts programme at Palo Alto High School and teaching a journalism class that has changed the lives of thousands of students, many of whom have gone on to have an outsize influence of their own. She has created the Moonshots in Education movement to help shift the culture of education to one that empowers both students and teachers. She is a leader in Blended Learning and the integration of technology into education. She is the mother of a super family, raising three happy daughters who have each made their own mark on the world as the CEO of YouTube, the Founder and CEO of 23andMe, and a top medical researcher, and she has inspired Silicon Valley legends such as Steve Jobs. 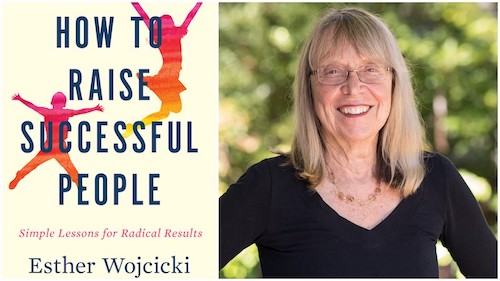 In addition, Esther Wojcicki serves as Vice Chair of Creative Commons and has been intimately involved with Google and GoogleEdu since its inception, where she was one of the leaders in setting up the Google Teacher Academy and remains a guiding force. She has two Honorary Doctorate Degrees from Palo Alto University and Rhode Island School of Design and was California Teacher of the Year in 2002. Esther believes strongly in the relationship between the school and home. As a mother, she and her husband Stan, a professor and former chair of the physics department at Stanford, fostered creativity and critical thinking in their daughters. Esther Wojcicki’s new book How To Raise Successful People: Simple Lessons for Radical Results draws on her considerable experience and success in both her personal life and career.