Music From the Show 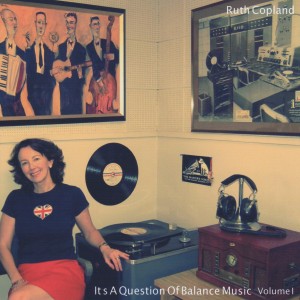 All tracks also available from cdbaby.com and Amazon.

This EP features a selection of music from It’s A Question Of Balance radio show including the catchy theme tune, which Ruth composed specially for the show, as well as music used as ‘bumpers’. Bumpers are the pieces of music that lead into and out of the news and commercial breaks. All the music is composed and performed by Ruth Copland. The Theme Tune, Barefoot In The Wintertime and Did I or Didn’t I showcase the exceptional guitar skills of James Jackson. These tracks were produced by Ruth Copland and James Jackson and mastered by Junior Pilot Mastering. More To Life is a track from the album Hidden Fire, written, performed and co-produced by Ruth Copland, and co-produced, recorded and mastered by Eddie Adamberry.

Ruth is a vocalist and songwriter with many unique projects to her name. As a songwriter, collaborations include working with one of Europe’s top film music composers, Krezesimir Debski, and with writer/producer Eddie Adamberry, author of several number one hits. Additional songwriting collaborators include Paul Gully of Bear Productions and Ben Robbins of Private & Confidential Music. Ruth’s music has been used in soundtracks, corporate DVDs, and children’s book projects as well as by speakers at events. The scope of her work includes pop, rock, folk pop, dance, adult contemporary, classical, musical theatre, inspirational, and children’s songs. 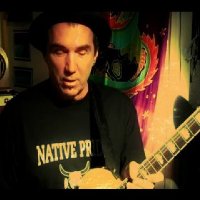 “Ruth Copland is what is known as a Triple Threat, in that she writes, sings and plays and does it on a level that is world class. I was lucky to meet Ruth a few years back and together we produced a handful of songs that to this day I am proud to be associated with. She is at home on the stage and in the studio and has a clear sense of who she is as a person and an artist”.
James Jackson – record producer, guitar tech for Jackson Brown, Band Leader for Michael Nesmith’s Ranch Dressing, songwriter, guitarist, recording artist.

“I get in at 5 or 6 a.m. after a hard night’s work at the club and put on Ruth’s music and chill out. The voice and songs are so calming and beautiful – I really love it.”
Hugo – Night Club Manager, London.

“You’ve got a beautiful voice. I really get a lot out of your songs, I play them all the time.”
Ken – Contractor, California.