“There’s a unique, ethereal, yet strangely down-to-earth quality about Ruth. She seems to have the perfect balance, marrying the spiritual aspect of her being happily with the terrestrial. And yet, there is also an enigmatic quality present. Historically, this description is often bestowed on an artist who exhibits real talent. And, make no mistake, Ruth Copland has talent which is clearly apparent.” – Healing Today Magazine.

Ruth has an intense involvement with the creative process and a deep interest in the potential impact that creativity may have on individuals and the world. Ruth believes that the balance of the mental, emotional, spiritual, and physical is very important. She has approached this balance in her own life by engaging in spiritual, creative, and intellectual pursuits concurrently. Ruth’s eclectic professional background has been the perfect preparation for creating and hosting It’s A Question Of Balance® – from researching guests and topics, writing scripts, presenting live in the studio, audio editing, and engaging with interviewees on the street, to writing the theme music for the show. 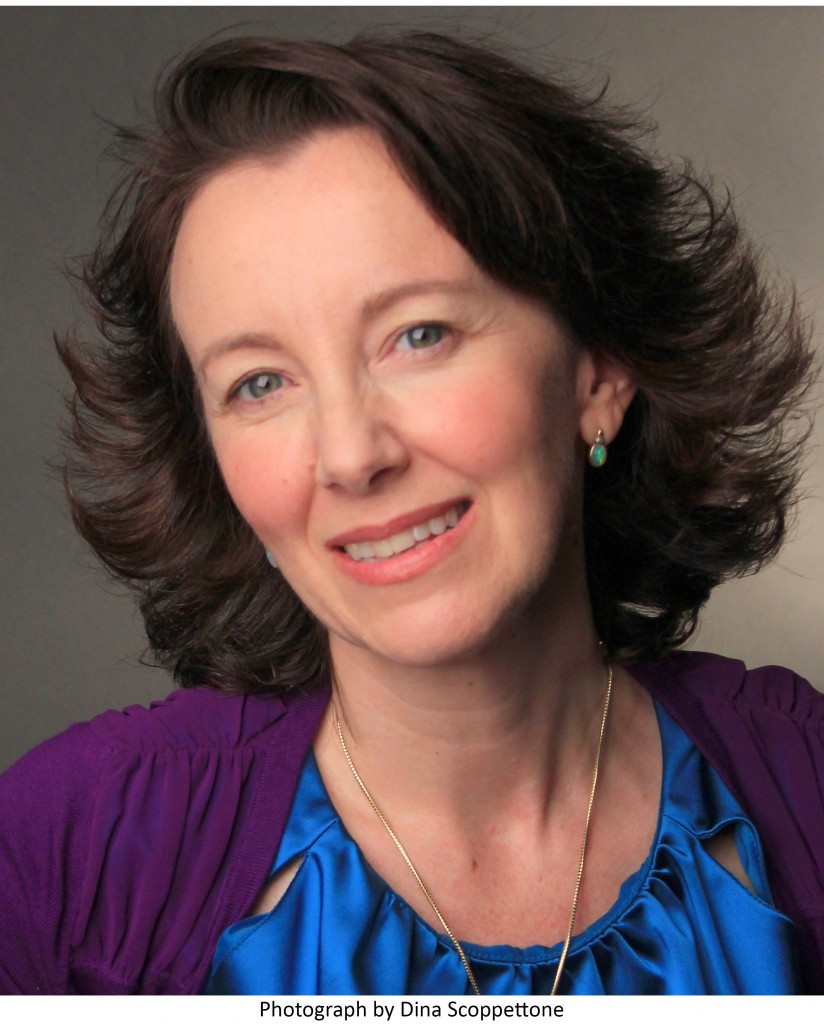 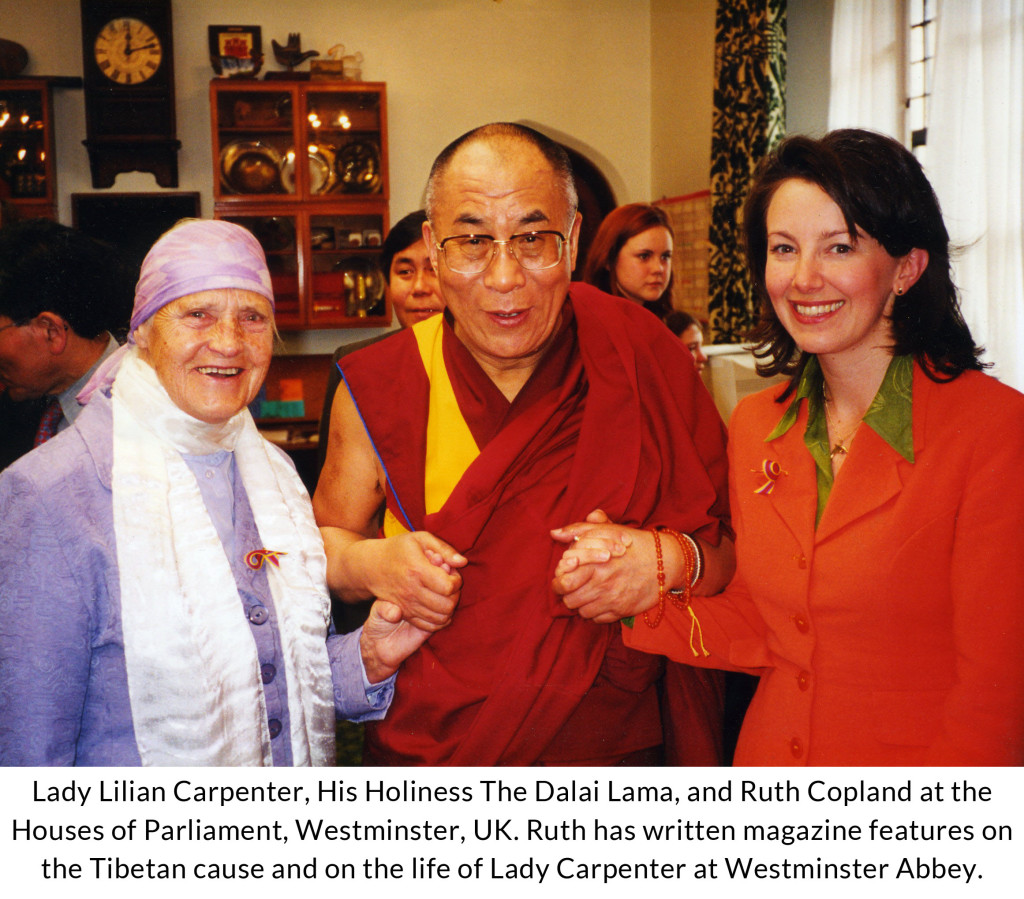 Ruth Copland is the creator and host of It’s A Question Of Balance® radio show and podcast. Originally from England, Ruth is a citizen of America and Britain, and is currently based in Santa Cruz, California. In addition to writing, performing, and recording her own music, Ruth is a published writer and a trained actress and member of Equity; she has a BA (Honours) degree in English Literature, and a Master of Science Degree in Counselling (Distinction) with a focus in creative arts therapies; she is a certified culture transformation tools consultant and has consulted for clients in the Arts, business, and education; she is a Member of the European Mentoring and Coaching Council and the International Association of Women in Radio and Television; she has worked as a business copy-writer and editor for published authors, and has designed and conducted original funded clinical research into the effect of the creative arts in business; she has worked in inner city elementary schools counselling children for the charity The Place To Be and as a life coach for adults; she is a Traditional Usui Reiki Master Teacher and practises meditation. 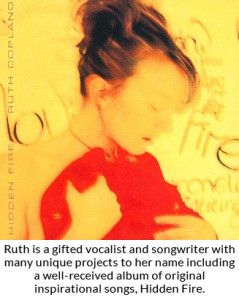 Ruth’s creative ability to affect people on a deep level has been clearly evident from early in her life.

She began writing poetry when she was five and was giving performances of her own poetry from the age of 10, sharing the podium with the likes of Sir George Trevelyan, Former Dean of Westminster Abbey Edward Carpenter KCVO, and Lady Carpenter.

From the age of eight she was winning medals at drama festivals for her poetic renditions and gaining honours in dramatic exams. Her love of singing and vocal competence led to solo and choral performances.

As a teenager, her clear uplifting voice resulted in her being chosen to speak at the celebration of 40 years European peace at Westminster Abbey televised to 140 million people and attended by heads of state, politicians, war veterans, and religious leaders from around the world. Ruth’s beautiful reading moved Her Majesty The Queen to tears, only the second time The Queen has been seen to shed tears in public. The national newspaper The Daily Mirror wrote: 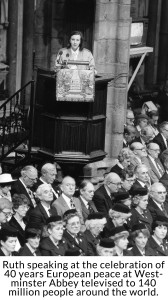 “In a voice so clear it spiraled into the Abbey’s vaulted roof and seemed to bounce off the stained-glass windows, slim Ruth Copland….read words of hope… It was the most touching moment of yesterday’s service to commemorate the 40th anniversary of the war’s end – a service attended by the famous, the good and the brave. …The Queen…found this youthful yearning for peace moving. She lowered her head and dabbed away small tears with a tiny lace handkerchief.” 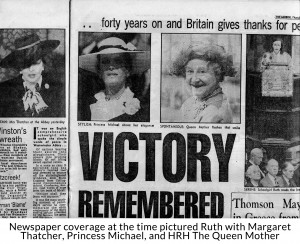 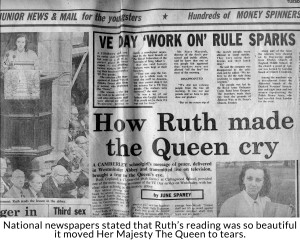 As a gifted vocalist, writer, actress, and songwriter Ruth has many unique projects to her name.

Lilla Bek, Renowned Lecturer, Teacher, Counsellor and Healer, comments: “Sound has the potential to create balance. The vibration of Ruth’s voice leads us to a more creative level inside ourselves where we can experience peace and healing.” 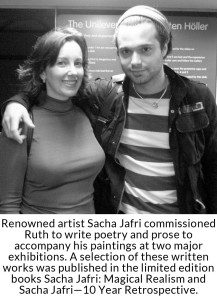 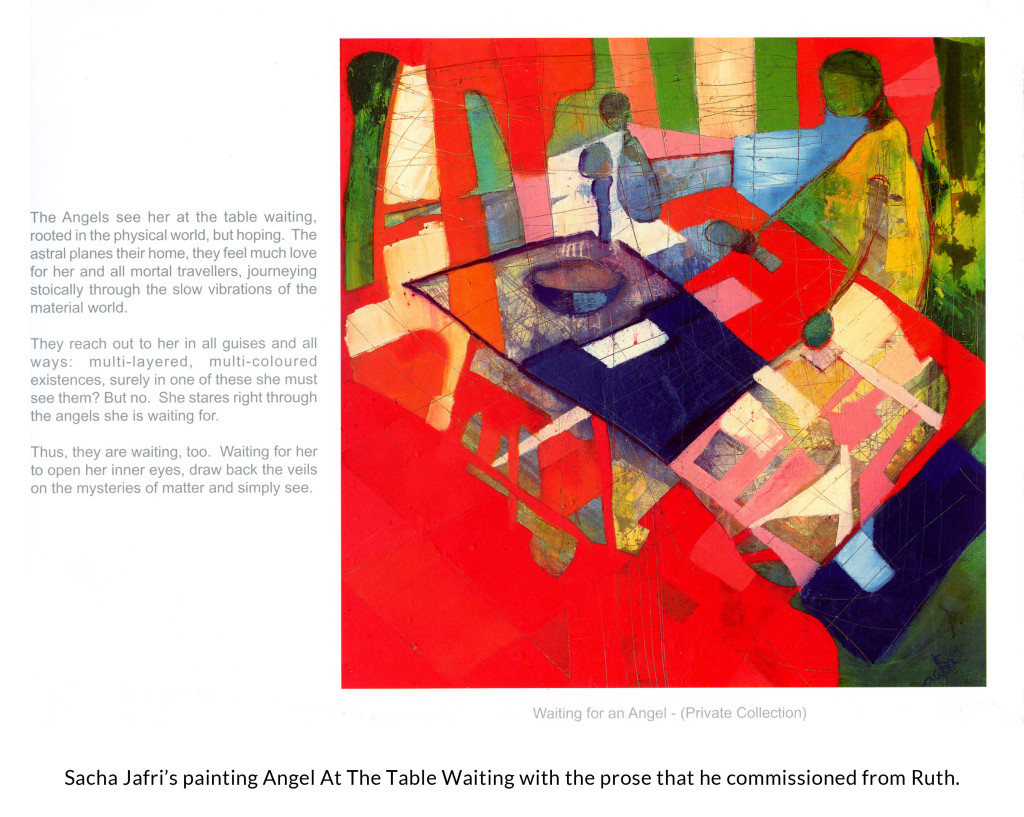 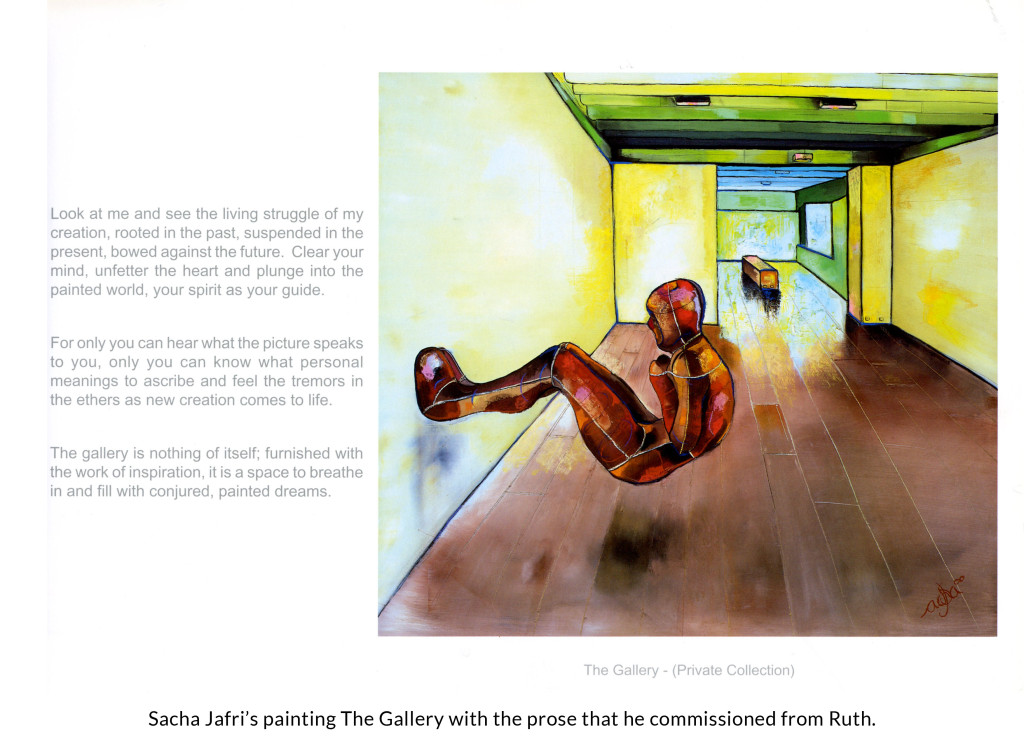 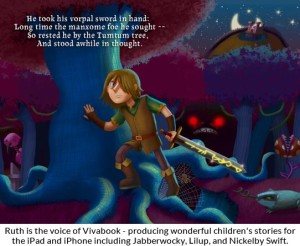