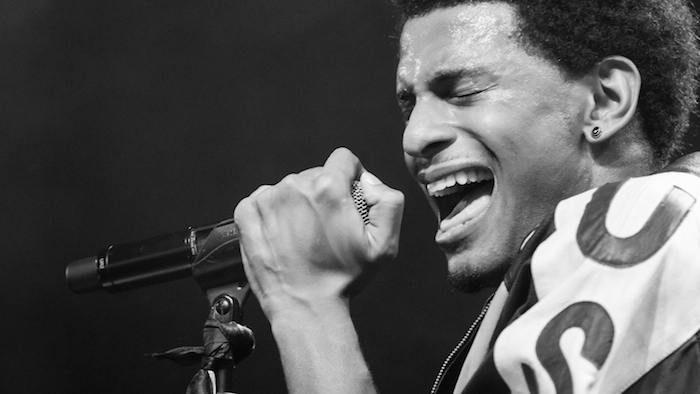 It’s A Question Of Balance  ®  radio show balances the intellectual with the creative, exploring whether we have more in common than divides us through thought-provoking conversations – out and about with people on the street on different topics, and in the studio with inspiring guests from the arts. Balance is not a compromise. Balance is truth distilled from many places creating cohesive understanding.

This week as her special guest from the arts Ruth Copland is pleased to be interviewing Ziek McCarter, creative director and vocalist of the funk-soul band Con Brio, described as ‘the best new live band in America’. Con Brio has a reputation as being a phenomenal live band due in part to Ziek McCarter’s charismatic performance, which has been compared with a young James Brown or Michael Jackson. KQED Arts describes Con Brio’s frontman Ziek McCarter as channelling “the pained emotion of Otis Redding, the suave edge of Sam Cooke and the solid dance moves, splits and all, of James Brown.” We talk about Ziek’s earliest memory of music, how he moved from rap to funk and soul, how the band writes and what inspired some of the songs on Con Brio’s new album Paradise, whether music can have a healing effect, and Con Brio’s current tour. We also play Liftoff, Honey and Money from Paradise. 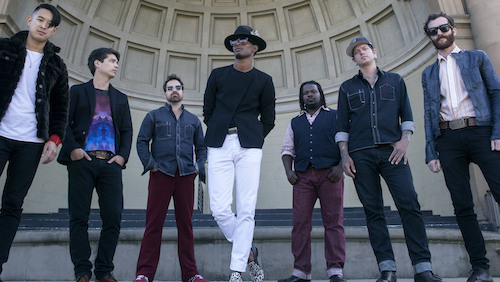 Formed in 2013, Con Brio comprises seven musicians with diverse backgrounds but a shared love of the vibrant Bay Area funk and psychedelic-soul sound pioneered by groups like Sly & the Family Stone. By 2015 the San Francisco band was a West Coast institution due to their captivating live show and, after spending 2015 touring the US and Europe, the international online magazine PopMatters declared Con Brio “the best new live band in America”. In 2016 Con Brio recorded their first full-length studio album Paradise, teaming up with legendary producer Mario Caldato Jr known for his work with the Beastie Boys and Beck amongst others.

Con Brio spent the second half of the year appearing in a number of high profile international shows, including U.S. festivals Bonnaroo, Lollapalooza, and Outside Lands; Japan’s Fuji Rock; the Montreal Jazz Fest; and European dates in London, Paris, the Netherlands, and more, including national TV appearances on Holland’s Muziek and France’s Quotidien. 2017 sees Con Brio already out on the road touring and working on new material. If you’re listening locally Con Brio will be at The Catalyst, Santa Cruz, CA on Febrary 9th.