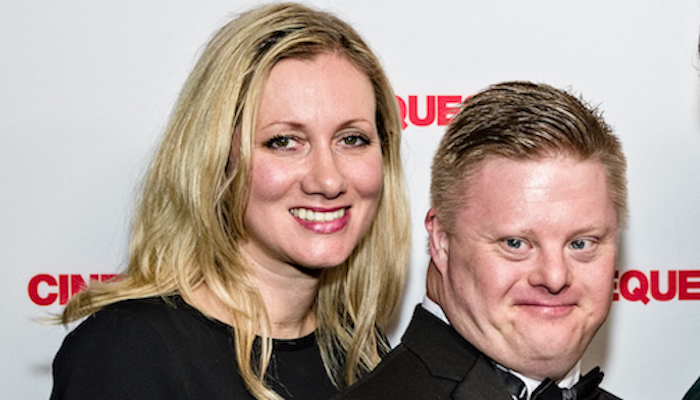 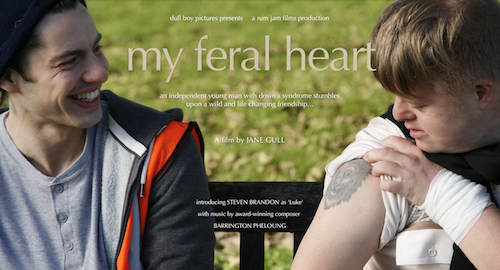 Left to right: Actors Will Rastall and Steven Brandon

My Feral Heart had its world premiere at the Cinequest 2016 Film Festival where it won the Audience Award for Best Drama. The Film has subsequently also garnered an Honorable Mention at the Fargo 2016 Film Festival. Ruth talks to My Feral Heart’s director Jane Gull, the producer James Rumsey, and cast members, Pixie Le Knot, who plays the young girl, and Steven Brandon who plays Luke. 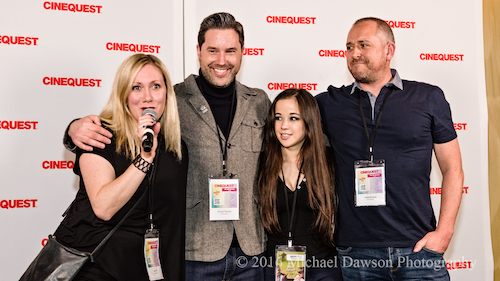 My Feral Heart, written by Duncan Paveling, is the story of an independent, young man, Luke, who is the caretaker of his mother. When she dies he is put in a care home as he has Down’s Syndrome. He struggles to settle there with his wings clipped. Gradually, he makes friends with one of the carers and a young gardener, but it is his discovery of a wild, injured girl that changes his life. The film explores whether we are not so different from each other as we may think. 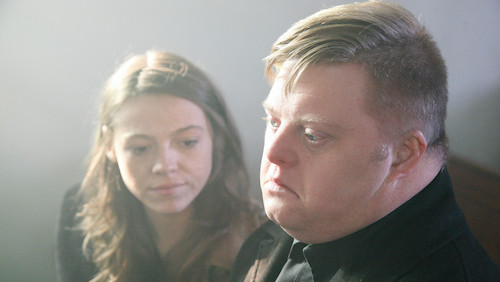 My Feral Heart is the feature debut for award winning short film director, Jane Gull. Jane is a Berlinale Talent Campus alumni supported by the UK Film Council since 2005. Jane’s refreshing brand of social realism have earned her and her short films international recognition. In 2014 her film Sunny Boy won Le Grand Prix du Jury at Cannes’ Entr’2 Marches and was acquired by Channel 4 for their Shooting Gallery series; and TV ARTE in France/Germany. With significant experience working with people with disabilities and special needs both Jane and Duncan Paveling, the screenwriter, were keen to showcase the acting talents and abilities of those individuals. While many films have sought to address the lives of those with a disability none have been brave enough to cast an actor with a disability in the lead role. In that regard, My Feral Heart represents a landmark in British cinema in casting. 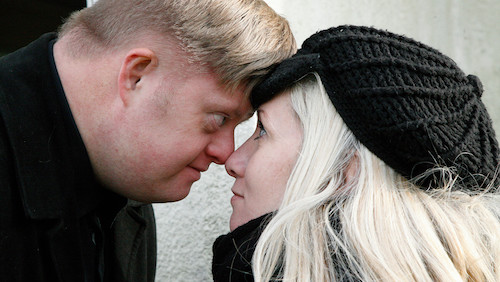 Steven Brandon, a non-professional actor before starring in My Feral Heart, plays the lead role of ‘Luke’. Jane met Steven while running drama workshops for the inclusive Mushroom Theatre Company. Alongside the charismatic lead is a strong supporting cast of professional actors and performers including Pixie Le Knot (Game of Thrones, The Devil Inside, The Jungle Book), the UK’s leading contortionist; Shana Swash (Eastenders); Will Rastall (Game of Thrones, Hollyoaks); and cameos from John Hurt’s 1984 co-star, Suzanna Hamilton, and Eileen Pollock (Far and Away, Bread).