Topic: Women in Power – What Do We Fear? | Arts Guest: Tess Morris, Screenwriter and a 2015 BAFTA Breakthrough Brit 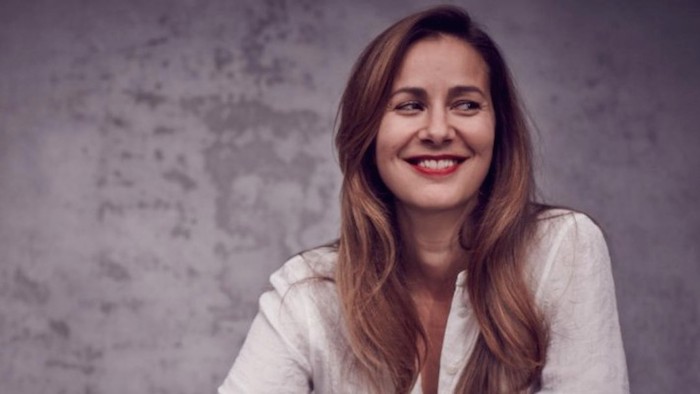 Topic: Out And About – Conversations with People on the Street about Questions That Matter: Women in Power – What Do We Fear? 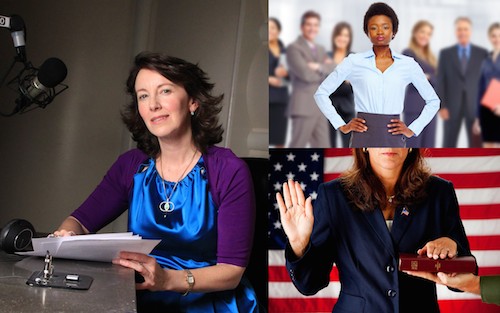 There have been only 46 women senators in the whole history of US government since 1789. Women have been running for president for close to 150 years and we still haven’t had a female president. Do you think about the lack of women in positions of power – in government and throughout society? Is it something that concerns you?
Not all men fear women in positions of power but patently the fear is out there and has held women back. It seems worth exploring what this fear could be about. Paul B Farrell writing for Marketwatch states “Gender research in behavioral economics, neuroscience and brain psychology confirm that women do think, feel, see differently, they value the economy and the world differently, it’s a huge difference. Psychologically, women naturally think long term, see into the future. The male brain is programmed to think short-term.” Men and women are different. Is it possible men fear that women in power will only represent the needs of women? (Maybe because that is largely what men have done all the centuries they’ve been in power?)
Elie Mystal writing for Above The Law has come up (somewhat tongue in cheek) with the three most obvious reasons why men should fear women in charge.1. Performance Review Would Take 15 Hours And Peer Into Your Soul, 2. You Won’t Even Know Where To Look, and 3. Staffing Decisions Based On Cooperation Instead Of Conflict. Is increased emotional engagement something men fear if women are in charge? Do men feel more comfortable when they control the sexual dynamics and can eliminate them in certain situations where they deem them distracting by excluding women or keeping them subordinate? Do men feel more comfortable competing in the work place and therefore fear the possibly more collaborative style of a woman leader? What do you think? 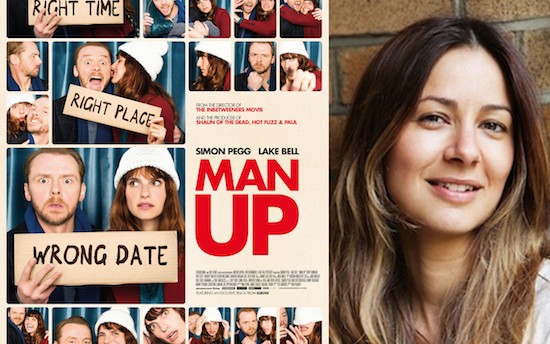 This week as my special guest from the arts I’m pleased to be interviewing Tess Morris, screenwriter of the wonderful 2015 romantic comedy film Man Up, starring Simon Pegg and Lake Bell. Born and raised in Wandsworth, London, Tess studied a TV and Film degree at York University. In 1997, while still attending university, Tess wrote the short film Beer Goggles, which was directed by award-winning Scottish director David Mckenzie. Beer Goggles won the Lloyds Bank/Channel Four Film Challenge and was shown on the Channel 4 network in Britain. After university, Morris became a journalist for teen news publishers where she regularly interviewed the cast of Hollyoaks, a popular British soap opera. Tess became a writer for Hollyoaks, writing 18 episodes over two years and becoming known for her comedic scripts. She also wrote for the primetime UK sitcom My Family and worked as script reader for the British Film Institute and Film4, while continuing to work on her own original scripts.

In 2008, Tess was chosen for the BFI/Skillset Think Shoot Distribute Scheme for emerging talent in the British Film Industry. Her first feature film screenplay, the romantic comedy Man Up, made the 2011 Brit List, was picked up by Big Talk Pictures, co-produced by Studio Canal and BBC Films and released in 2015, directed by Ben Palmer and starring the fabulous Simon Pegg and Lake Bell. Tess has worked extensively as a script editor with ‘Seinfield’ writer Tom Leopold, and she also lectures on comedy and screenwriting for the Arvon Foundation and Royal Holloway University, London. In 2015 Tess was honoured as one of BAFTA’s select Breakthrough Brits, an initiative which supports upcoming British creative talent. Tess is currently writing an original screenplay called Secret Santa for Big Talk/Studio Canal and Textbook Behaviour for Big Talk/BBC Films. She is also doing a rewrite on a feature for Sony and is currently living in Los Angeles.