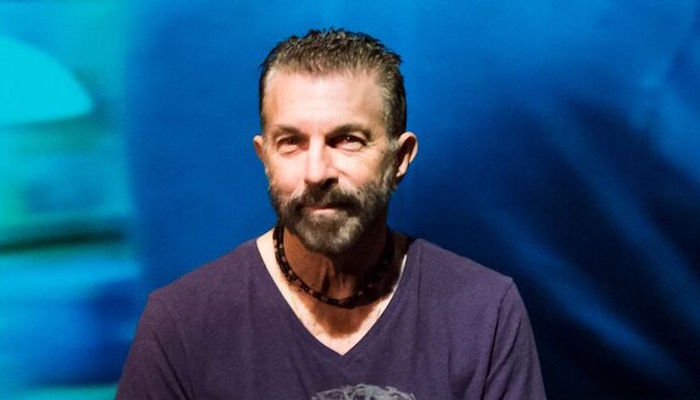 Topic: Out And About – Conversations on the Street about Questions That Matter: Should We Edit Humanity Genetically? 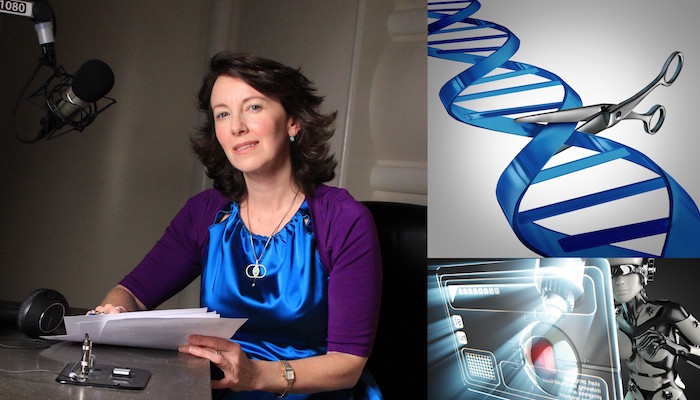 This week we consider ‘Should We Edit Humanity Genetically?’ The Economist states “Being able to read, study, and compare DNA sequence for humans…has become routine”. However, many scientists want a moratorium on editing germ-line cells which give rise to subsequent generations – in other words the manipulation of DNA to manufacture a modified human being. This involves using the DNA of more than two people as is traditionally the case when a baby is conceived. It requires the addition of DNA from one or two additional people. With the motivation of allowing people with genetic diseases to have healthy offspring, this kind of research is already under way in America according to Professor Stuart Newman. Is this kind of science a positive advance to help people who couldn’t otherwise have healthy offspring? Or should genetic editing of humans be avoided? One of the concerns about allowing genetic editing of humans is that it is a slippery slope to eugenics and the impetus to improve society by eliminating undesirable elements or traits, whatever these might be. In the early 20th century America had a eugenics movement which “resulted in the forced sterilization of over 64,000 people in the United States (Lombardo n.d.)….In particular, California’s program was so robust that the Nazis turned to California for advice in perfecting their own efforts” according to Dr Laura Rivard of San Diego University. Are you concerned where genetic modification of humans might lead in terms of who might become considered undesirable? In addition, many scientists consider these genetic modification techniques as radical and untested with the risk of creating embryos that may not be able to survive or if they did survive, human beings who are effectively uncontrolled laboratory experiments. Do the benefits outweigh the risks if we can prevent people being born with severe illnesses? 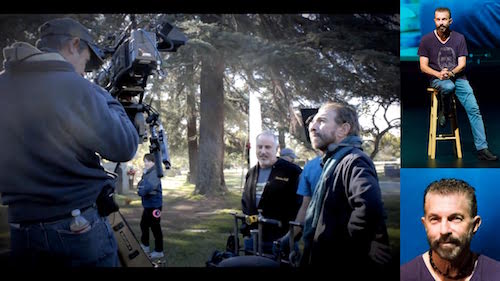 This week as her special guest from the arts Ruth Copland is pleased to be interviewing award-winning film director Bobby Roth. Over his long career Bobby has directed more than 80 episodes of television, 25 TV movies, and 13 feature films. For his entire career he has alternated between commercial television and independent filmmaking. Bobby’s independent films have been exhibited in over 100 film festivals worldwide, and five of his films have premiered at the Sundance Film Festival, where he has also been a judge. In the early eighties Bobby had an overall deal to write, produce and direct for Universal, where he created the series The Insiders for ABC. His work in commercial TV also includes directing episodes for such TV favourites as Hawaii Five-O, Agents of Shield, Grey’s Anatomy, The Mentalist, Lost, Prison Break, Dr Quinn Medicine Woman, and Beverly Hills 90210 to mention just a few. Bobby was born and raised in Los Angeles. He studied philosophy and creative writing at UC Berkeley before graduating with a BA in Cinema from USC in 1972. He went on to film school at UCLA, where he received his MFA in Motion Picture Production in 1975. Bobby was a founding member of the Independent Feature Project, which champions the future of storytelling by connecting artists with essential resources and during its 35-year history has supported over 8,000 projects and offered resources to more than 20,000 filmmakers. Bobby was also the first Co-Chairman of the Directors Guild of America’s Independent Feature Committee. Using his decades of directing experience, Bobby has recently created A Director Prepares: Bobby Roth’s Master Class, which is an essential teaching and research tool for students in Film and Television Production, Drama, Acting, and Performance Studies, and Film Theory and Media Studies. This 10-part DVD series, which takes viewers on a journey through every stage of film production, is also a fascinating documentary for anyone interested in film and entertainment generally, or collaborative creative practice.