Topic: Should Machines Do Everything For Us? Arts Interview: Kristopher Jansma, Award-winning and Best-Selling Author 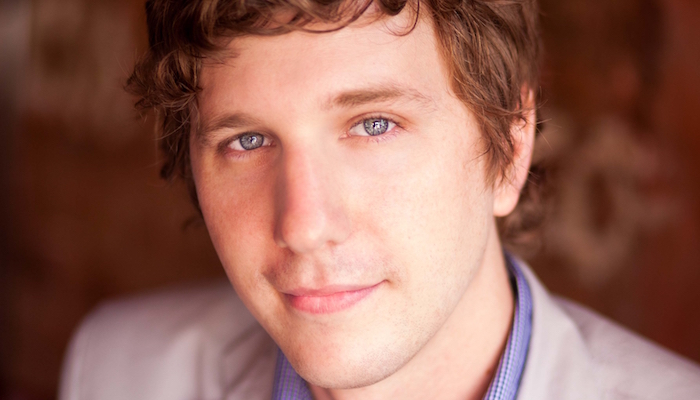 Topic: Out And About – Conversations on the Street about Questions That Matter: Should Machines Do Everything For Us? 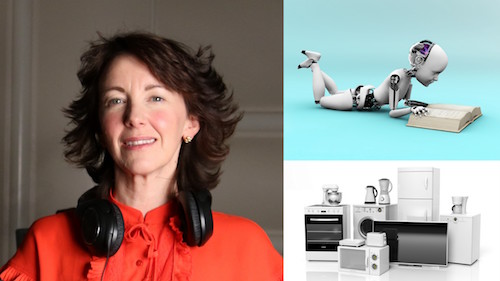 This week we consider ‘Should Machines Do Everything For Us?’ Why do we seem to want everything done for us? And what will happen when it is? From the advent of labour-saving devices which simplified cooking, cleaning, and washing, we have moved towards increasing automation of tasks through technology. It is customary for businesses’ phones to be answered by automated voice systems, manufacturing has been streamlined replacing workers with machines, and computers complete all sorts of tasks that used to be done with brain power. There is talk of creating sex robots for those unfortunates who can’t find relationships, and war robots to eliminate casualties for the countries who can afford to martial robot armies. On a lighter note, with the internet of things, soon we will have the choice to have fridges that tell us when we are running out of milk or heating systems that manage our environment for us without us having to consider if we are cold hot or cold. For years it’s been possible to have electric curtains and remote controlled sound and lighting; even the humble remote control has changed life by eliminating the need for us to get up out of our chair to make entertainment choices. The future holds out the prospect of driver-less cars and many other ways in which we can basically sit back and have everything done for us. Why is this desirable? One of the prime reasons given for using machines is to do jobs that humans don’t want to do and thus free up leisure time. Is free time the ultimate ‘win’ in our society? Or if we gain leisure at the expense of using the full capacity of our bodies and minds are we degrading human experience? It is easier perhaps to understand the impetus to eliminate boring or unpleasant tasks so that more people can have meaningful and fulfilling work but what about using machines for things that people want to do? For example, a software is being developed for game designers that will create music for them to accompany the game. Why are we replacing humans in jobs that would be fulfilling for them, such as composing music? Do we need to learn that just because we can do something doesn’t necessarily mean that we should? Where is the end-point? How much of your life do you want controlled for you? If we abdicate too many mental and physical tasks to machines could we end up in a Wall-E world of atrophied bodies and brains, or is it the logical way to create a wonderful utopia? 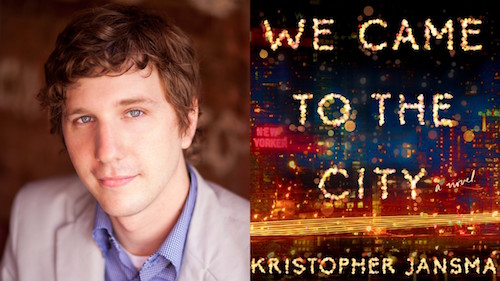 This week as her special guest from the arts Ruth Copland is pleased to be interviewing Kristopher Jansma – award-winning, best-selling author. Kristopher’s first novel The Unchangeable Spots of Leopards published by Viking/Penguin in 2013 was critically acclaimed and a success with readers. Described as “F. Scott Fitzgerald meets Wes Anderson” by The Village Voice and a “canny, seductive, and utterly transfixing tale about the magic of storytelling and the misery of writing” by Donna Seaman of Booklist, Kristopher’s inventive and witty debut describes a young man’s quest to become a writer and the misadventures in life and love that take him around the world. The Unchangeable Spots of Leopards was an Honorable Mention for the PEN/Hemingway Prize, a finalist for the Prix de l’Inapperçu, and longlisted for the Andrew Carnegie Award for Excellence in Fiction and the Flaherty-Dunnan First Novel Prize. It was a Barnes & Noble Discover Pick, an ABA “Indie Next” Choice, an ALA Notable Book, and an Alternate Selection for the Book of the Month Club. The novel has also been translated into German, French, Italian, Dutch, Czech and Turkish. Growing up in Lincroft, New Jersey, Kristopher received his B.A. in The Writing Seminars from Johns Hopkins University and an M.F.A. in Fiction from Columbia University. He has written a column for Electric Literature about Literary Artifacts, and loving books in a digital age and his work has also been published in The New York Times, Columbia Magazine, The Believer, Slice Magazine, the Blue Mesa Review, and on The Millions.
Kristopher is an Assistant Professor of Creative Writing at SUNY New Paltz College and is the winner of the 2014 Sherwood Anderson Fiction Award. Kristopher’s second novel Why We Came To The City has just come out and is described by Publisher’s Weekly as “a tightly written, smartly conceived story that puts an insightful spin on life in the Big Apple”.