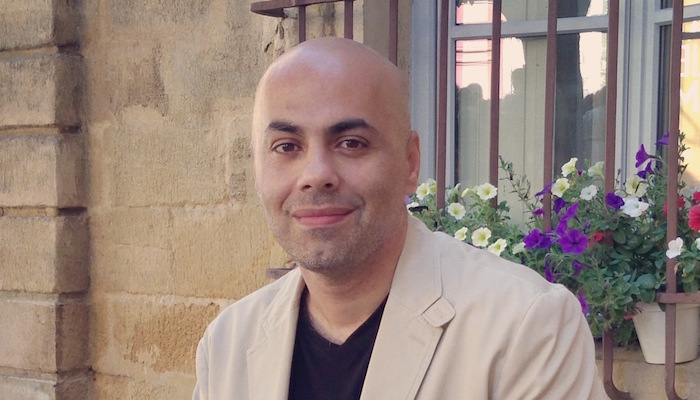 Topic: Out And About – Conversations on the Street about Questions That Matter: Is Time Speeding Up? 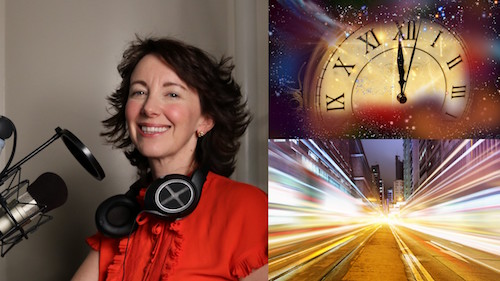 This week we consider ‘Is Time Speeding Up?’ Many people, across all age groups, have a sense that time is passing by more quickly, that they can’t get as much done in the same amount of time any more. Why is this? The reasons given for time speeding up are usually perceptual. In an article for Quartz, Tony Crabbe comments “We haven’t always been obsessed with time. In fact, as the historian E.P. Thompson highlighted half a century ago, before the Industrial Revolution clocks were largely irrelevant. Instead of a time orientation, people had a task orientation. They had jobs to do, and so they did them in the natural order, at the natural time.” Factories needed to co-ordinate people more accurately, however, and so clock time was imposed on the workforce with leaders such as Benjamin Franklin reinforcing the new inextricable linking of time and money. Do we feel that time is speeding up because the link between time and money has become more pressured? Time is broken into tiny increments these days – research from Google observes that people visit websites less often if they are more than 250 milliseconds slower than a competitor. Could it be that the way we measure and monitor time makes it seem more fleeting? The digital age is putting more and more information our way. Could it feel as if time is speeding up because it is a finite resource with a seemingly infinite number of tasks trying to fit into it? Or is time actually speeding up? This has been speculated on by various alternative thinkers and also a few scientists open to considering that the speed of light may not be fixed. Clearly if we look at the history of science things that were once considered impossible later have been shown to be true. Is time speeding up? 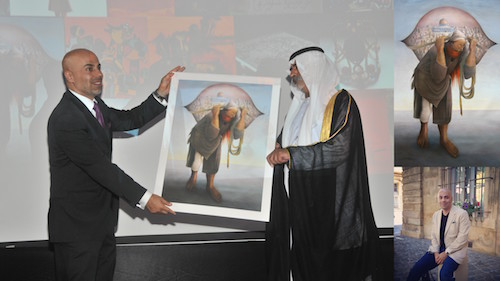 This week as her special guest from the arts Ruth Copland is pleased to be interviewing Ehab Shanti, co-founder and CEO of Alhoush.com, a physical and virtual expo of Arab art and design, which has become the premier portal for the development of the art and design sector in the Middle East and North Africa. Ehab has been referred to by Al-Quds Newspaper as “the dynamite of the artistic movement”. Passionate about art and design and their potential to play a profound role in overcoming life’s challenges, Ehab (and co-founder Rashid Abdelhamid) created Alhoush.com to empower the art and design community in the Arab world; to serve as a catalyst for creating an economy; and also to shed light on the innovation and tremendous achievements of Arab artists. A Canadian of Arab origin, Ehab is a global outreach and communications expert with over 20 years experience. He served as the Director of Global Outreach for the Office of Queen Rania of Jordan and was the head of communications for the United Nations Development Programme (UNDP) in Jerusalem and he says it was then that he saw “firsthand the power of art”. He helped to set up the UNDP Annual Art Auction and has gone on to organise numerous successful artistic and cultural events that have attracted international attention including This Is Also Gaza, featuring 40 Gazan painters, photographers, filmmakers and video artists;  two shows called Colours of the Future, held in Amman and in Abu Dhabi, for Jordanian and Emirati artists respectively; and This Is Palestine, an ambitious project with 200 relatively unknown artists, emphasising cultural development and the power of art to transcend reality and create beauty even in situations of conflict and distress. Ehab completed his education in Canada and holds a Masters of Public Administration from Dalhousie University and several BA’s from Carleton University in Art History, Political Science, and Interdisciplinary Studies. He has extensive experience in communications, policy development, and campaign organization and is the President and Founder of Amandla Group, which is a strategic communications consulting firm based in Amman. He also currently serves as an advisor and consultant with several international organizations such as the United Nations and the World Bank. Speaking of the major community empowerment initiative which is Alhoush.com, Ehab states  “The role of art…is to create a different reality and that can change things and that is the philosophy behind what we are doing.”

What do you think? For more info http://alhoush.com/en/about-us/founders/