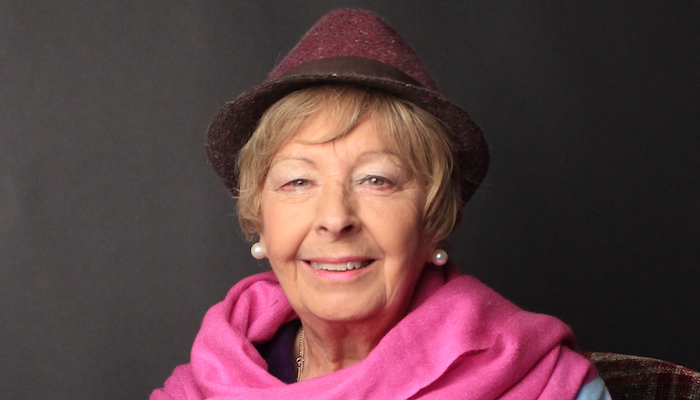 I interview Audrey Murr Copland who has built up a dedicated following over 35 years in the spiritual field. She was fortunate to develop her skills alongside mentors such as Sir George Trevelyan, Frederic Lionel, Lilla Bek, Brugh Joy and Barbara Ann Brennan. Audrey is a natural sensitive who works intuitively with colour and energy yet she has always sought to grow and develop her skills through experience and deep study. Consequently, her work is thoroughly grounded in the teachings of the great masters and is also practically tried and tested via the hundreds of individual healing consultations she has given and through her work with groups at conferences and courses all around the world. Audrey has also helped set up Healing organisations in Europe and the USA.

She first became aware of the healing power of her voice when she was presenting spiritual development groups where participants were entranced by the energy conveyed as she spoke. Students eagerly suggested that she should record her voice and she then developed the first of her creative visualisations which were an instant success. She has continued devising new meditations ever since and the whole range is now available on CD. For more info go to www.ucanhealit.com and www.cdbaby.com/Artist/AudreyMurrCopland1 I interview Kenny Butterill and he plays live in the studio with members of his band. Before 2000, songwriter/producer Kenny Butterill was a virtual unknown. The release of Butterill’s debut album, No One You Know, changed all that and put him on the cutting edge of the progressive music scene. Indeed, Butterill’s brand of radio friendly “rootsy, folksy, bluesy, Americana, alt.country feel good music” has endeared him to markets all over the world.
The release of Butterill’s second album Just A Songwriter caused his popularity to soar even higher. Filled with inviting melodies, masterful songwriting and engaging, earthy vocals, the self-produced Just A Songwriter album is Kenny Butterill personified: compassionate, sensitive and diverse, yet singularly. Not surprisingly the CD received many accolades including “Best Alt-Country/Americana CD” by True West Magazine in its 50th Anniversary Round up of the Best of the West. The CD spent many weeks in the Americana Top 40 Chart and in the other leading Roots/Country/Folk music charts around the world. He’s currently recording his new CD, ‘Troubadour Tales’. For more info go to www.nobullsongs.com/