Topic: Should Doctors Be Paid To Keep Us Well? Arts Interview: Ulla Anobile, Writer and Artist

HOUR 1: Out And About – Conversations with People on the Street about Questions That Matter: Should Doctors Be Paid To Keep Us Well? 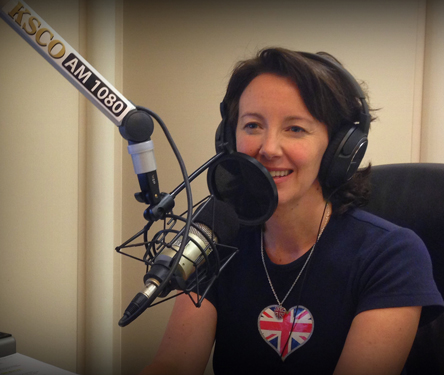 We discuss our Question That Matters this week ‘Should doctors be paid to keep us well? The American College of Physicians says that the way doctors are paid has warped how medicine is practiced. Although there is some performance based pay the bulk of most doctors pay is still fee-for-service contracts, which brings financial decisions into the arena of medical decisions. Doctors are paid by the number of precedures carried out and patients seen rather than by keeping us healthy and out of the doctor’s office. Does this create a conflict of interest? Or should free-market principles apply in healthcare the same way they do in other sectors? What do you think? Local people share their views with Ruth on the show’s Out and About feature.

I interview Ulla Anobile, writer and artist. Born in Helsinki, Finland, Ulla has lived in Los Angeles since 1975. She worked as a journalist for many years and was a member of the Hollywood Foreign Press Association. She has written several books – ‘Natural Cooking The Finnish Way’, ‘Beyond Open Marriage’ and a novel published in Finland. A widely collected artist, Ulla’s painted paper mache/fiber work is inspired by ethnic art forms. Her work includes masks, dressed sculpture, boxes and altars, all with an outstanding use of colour. Her ideas come from dreams, mythology and folklore, as well as from childhood summers spent in the unspoiled Finnish countryside. Her sculptural masks have been included in reviews of contemporary mask making at the Anchorage Museum of History and Art in Alaska, The Clymer Museum in Ellensburg WA, Pico Rivera Centre for the Arts, the City of Los Angeles World Airports Exhibition Program and Pierce College, CA. She was invited to make a one-of-a-kind ornament for the White House Blue Room 1999 holiday tree. She has participated in solo and group exhibitions in galleries and museums throughout the United States as well as in England and Finland. For more info go to Artslant or Facebook or Pinterest