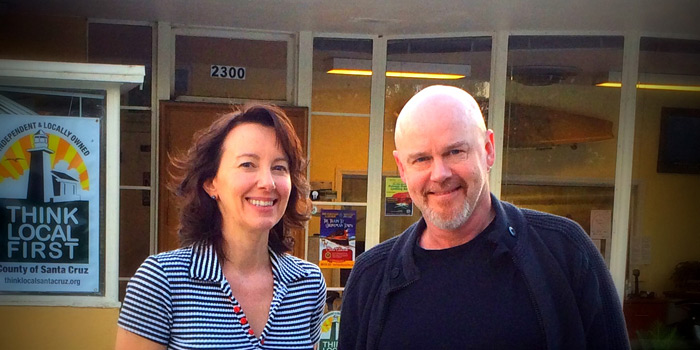 ‘Can gratitude be an attitude of life?’ is the topic this week (with Thanksgiving imminent in America). Popular psychology promises that gratitude can unlock the fullness of life, and various spiritual traditions advocate practising gratitude as a means of finding inner peace and even enlightenment. How hard is it to change our perspective and see our cup as half full rather than half empty? If we manage to do this, does it change our lives? Is it possible to be grateful even when life is very tough, without diminishing the real experience of our suffering? Also, what effect does simple gratitude have on those around us? Join the conversation!

I interview Tad Williams who has been been described as “a true legend of fantasy writing”. Known for meticulous world-building, exquisite narrative, extremely original ideas, and also for just being a very good writer, Tad Williams continues to deliver the goods even after 20+ years in the writing business, most recently with his Bobby Dollar series, the first two books of which are called The Dirty Streets of Heaven and Happy Hour In Hell. Tad lives locally in the Santa Cruz area with his wife, Deborah Beale, their two children, and more cats, dogs, turtles, pet ants and banana slugs than they can count! Since 1985, Tad has written 18 novels, and his work has been translated into more than 20 languages. He is the author of the multi-volume series: Memory, Sorrow, Thorn; Otherland; and Shadowmarch and stand-alone novels Tailchaser’s Song, The War of The Flowers and Caliban’s Hour, as well as comics published by DC Comics, a series of young-adult books written with his wife, Deborah Beale, The Ordinary Farm Adventures, and also short fiction, essays, and screenplays. Tad’s stories have earned critical acclaim and immense popularity worldwide. More info at www.tadwilliams.com