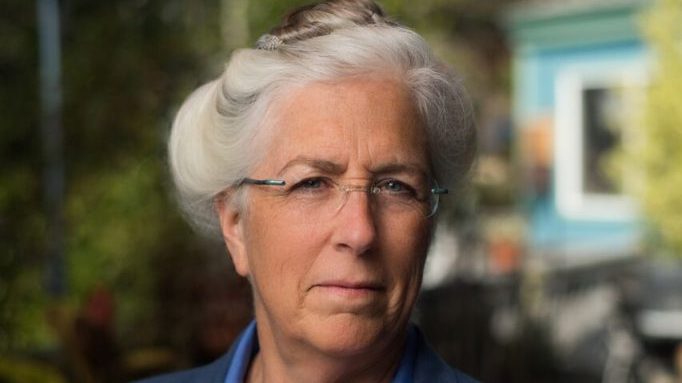 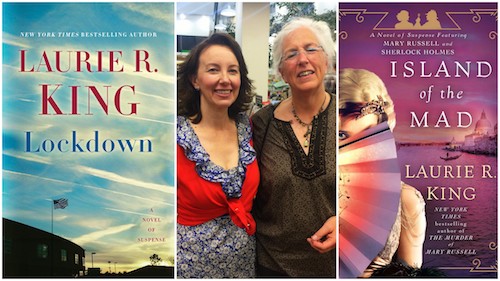 Ruth Copland’s special guest from the arts is author Laurie R King, who has over 3 million books in print, a sign of her remarkable popularity as a writer. Amongst many topics, we discuss Laurie’s childhood; why she started writing; what books mean to her; traditional publishing versus e-publishing; whether genre is pigeonholing; what appeals to her about writing about crime; feminism in her books; the relationship between her characters of Holmes and Mary Russell; how to balance life as a writer; and her book Lockdown, an intricate, character-driven psychological suspense novel, which is available from Bantam in paperback from July 24th 2018. Her latest novel is in the Mary Russell and Sherlock Holmes series and is called Island of the Mad (Audio below).

Laurie R King is the award-winning, internationally best-selling author of over 25 books including the Mary Russell/Sherlock Holmes series, Kate Martinelli books and stand-alone novels including The Bones Of Paris. (Audio below).

Since her first book in 1993, A Grave Talent, which won the MWA Edgar Award for best first novel, and the CWA Creasey Award, she has averaged a book a year, gathering multiple nominations for and winning many prestigious writing awards including The Beekeeper’s Apprentice being chosen as one of the top 100 Favourite Mysteries of the 20th century. A third generation Northern Californian who has lived most of her life in the San Francisco Bay area, Laurie R King has also spent a considerable amount of time in Britain. Her background is as mixed as any writer’s, from degrees in theology and managing a coffee store to raising children, vegetables, and the occasional building.

The Mary Russell/Sherlock Holmes series allows King to explore all sorts of ideas and forge an unlikely relationship between two remarkably similar individuals who happen to be separated by age, sex, and background. The five Kate Martinelli books feature a modern homicide detective based in San Francisco. The book The Art Of Detection brings about a meeting of the Mary Russell and Kate Martinelli worlds. In what can only be described as a remarkable career, Laurie has also written non-fiction, stand-alone novels and the Stuyvesant/Grey books. For more info visit www.laurierking.com