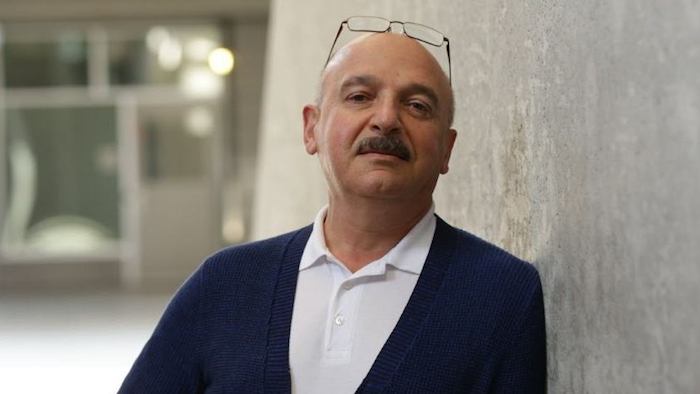 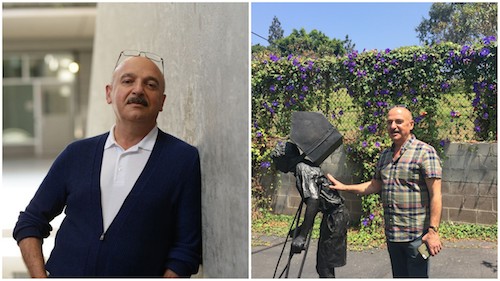 Are you curious about the modern art world? Edward Goldman is an art critic, art consultant, and host of the NPR show ‘Art Talk’, which he has hosted for over 25 years. Edward Goldman is originally from Russia and Ruth Copland talks to him about his artful life journey from St Petersburg to Los Angeles and how he helps people make sense of the contemporary art world whether it be to invest or just to understand the zeitgeist. Ruth Copland also features interviews with some of the ‘art gypsies’ taking advantage of Edward’s expertise on his art tours.

*Photos: L: Edward Goldman R: Edward, leading one of his art tours, pictured with the sculpture ‘The Tower of Snow’ at the studio of the artist Enrique Martinez Celaya.

Born in Russia, Edward Goldman worked in the education department of the State Hermitage Museum in St. Petersburg, becoming an expert on Grecian and Roman antiquities after receiving a master’s degree in history and museum studies from what is now St. Petersburg State University. Edward then emigrated with his family to the USA in 1978 and felt an immediate kinship with Los Angeles, which has been his base ever since. Edward has been talking about art on the radio weekly for over 25 years, which the New York Times says has made Edward ‘a voice of authority in his adopted city’ of LA. He offers a unique ‘accent’ on art in more sense than one with his unique art evaluations being delivered in his distinctive Russian accent. Edward Goldman also has an art collecting and curating consultancy and has built collections for such clients as Deloitte, PriceWaterhouseCoopers, and Citicorp, as well as advising private clients on art acquisitions. Edward Goldman conducts highly-regarded art-collecting seminars called The Fine Art Of Art Collecting and writes on art for The Huffington Post. He has also written reviews for numerous art publications and served as a panelist, moderator and speaker for various museums and arts organisations.
For more information visit www.edwardgoldman.com